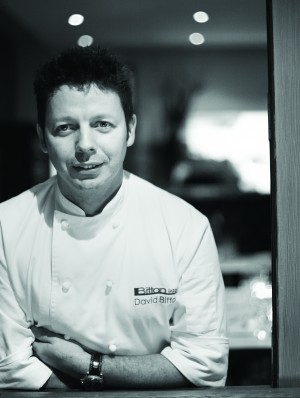 David Bitton was born in Paris in 1968 and began his apprenticeship in La Colombes, Paris, in 1984 at the age of fifteen. His love of old and established fine dining rooms took him to The Grande Dining Room at the elegant Windsor Hotel in Melbourne. In 1994, David was chef de partie at The Sheraton on the Park in Sydney, quickly becoming head chef at the famous Gekko Restaurant in 1996.

In 2000 David and his wive's dream of owning their own café became a reality when they opened Bitton in Alexandria. To supplement the food at the café, the now famous Strawberry and Vanilla Jam was created and the journey of their amazing success story began.

In 2010 David celebrated ten years in business with the launch of his first book, Bitton, A French-inspired café cookbook. The book has been an outstanding success in its quest to bring real food from the iconic café and David’s background into people’s kitchens and he has sold an unprecedented 60,000 copies.

No reviews for this recipe yet.