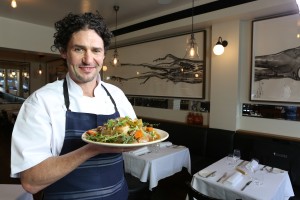 Dublin born Colin Fassnidge has been Head Chef of The Four in Hand Dining Room since October 2005 and since starting, Colin’s unique style has seen the restaurant hold 1 Chefs Hat for four years and adding the prestigious second hat in 2010. In 2011 Colin also opened 4Fourteen in Surry Hills and in 2014 joined the panel as a Judge on television’s popular My Kitchen Rules and won GQ Chef of the year. Colin is known for his Social Media antics and has made regular appearances on Master Chef, The Morning Show, Sunrise, Better Homes and Gardens and ABC Radio.