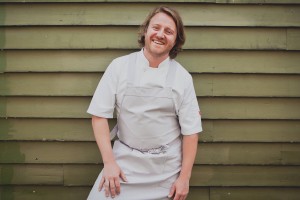 Charming and ever-so-modest, Matt’s foodie muscles were carved under Michelin-starred chef Martin Wishart before arriving in Australia where he worked at Vue de monde and Circa. In 2010, he & business soulmate Ben Foster opened Pope Joan in East Brunswick, Melbourne. In 2012 Matt published his first book, Mr. Wilkinson’s Favourite Vegetables, which has been translated into nine languages & sold over 100, 000 copies worldwide.

Matt appreciates the importance of farmers and food producers to making his gastronomic plans a reality. He is a very proud ambassador of the Victorian Farmers’ Markets Association and a partner of boutique casual food eatery Spudbar – serving ‘slow food – fast.’

Breville have been working with some influential Australian Chefs, food bloggers and celebrites to inspire you to create delicious restaurant quality dishes at home.

No reviews for this recipe yet.