How to thicken a stew

No matter how many times you’ve cooked a certain stew, casserole or pie filling, sometimes you end up with a little more liquid than you expected and the sauce is too runny.

This happens more often with dishes made in a slow cooker, as slow cookers don’t allow water to evaporate – they trap in the moisture. At least with stovetop dishes, you can bring the dish to the boil to reduce some of the liquid, however this can affect the flavour and may overcook the ingredients.

Here we have some fail-safe ways to thicken up your stews, sauces or casseroles so you can nail it every time.

The two best thickening agents are flour and cornflour. Both contain starch that swells when mixed with liquid and heated.

How to thicken sauce with flour

Flour can be used in 2 different ways:

How to thicken sauce with cornflour

Mix one teaspoon cornflour with a tablespoon of room temperature water and add to your stew. Then bring to the boil and cook until desired thickness is reached.

Cornflour is a great gluten-free thickener. It has a slightly more gelatinous texture, so only add a teaspoon at time or your sauce may become a bit goopy.

Use cornstarch to thicken your stew towards the end of cooking, as cooking it for a long time can break down the starch and your stew will thin out again.

How to thicken sauce without flour or cornflour

If you don’t like using flour or cornflour, a simple sauce reduction does the trick. Let your sauce simmer over heat, uncovered, to evaporate excess liquid.

Before you begin to reduce your sauce, remove meat and large vegetable pieces if possible. Chunks of other ingredients will prevent a high-quality reduction, and the ingredients may overcook.

By reducing your sauce, it will thicken and concentrate the flavours, though reducing can take longer than the other methods.

The nature of slow cookers is that they operate at a lower heat, so this means any thickener may never get hot enough for the starch to swell. Once your stew is cooked, transfer the sauce only to a saucepan, stir in flour or cornflour slurry and bring to the boil. Or you can do the reduction method, as per the tip above.

Get the recipe: Creamy One Pot Roast Chicken

If you prefer a thicker sauce you can use the cornstarch method to thicken the creamy sauce for this delicious roast chicken.

GET THE RECIPE:  Mushroom Ragu with Creamy Polenta

This rich mushroom ragu uses cornflour as a thickener, use the tips above to thicken your sauce even more if you prefer.

GET THE RECIPE:  Classic Apricot Chicken

This delicious dish is thickened thanks to the coating of flour on the chicken, but if you prefer your stew thicker you can always use the tips above to tweak it to your taste. 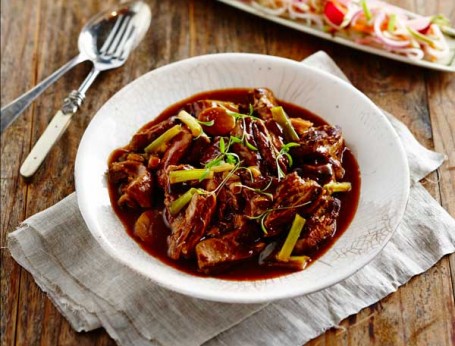 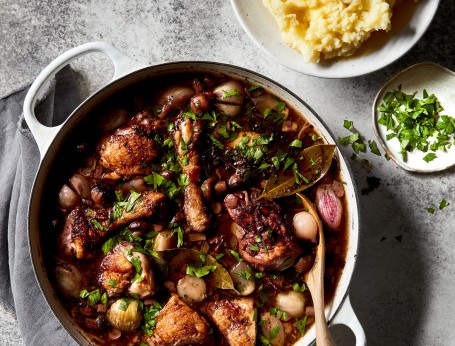 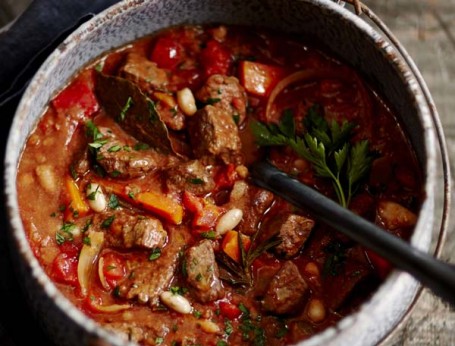 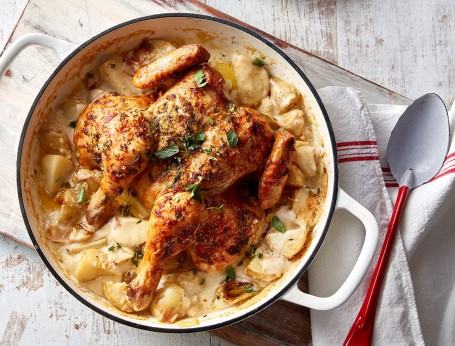 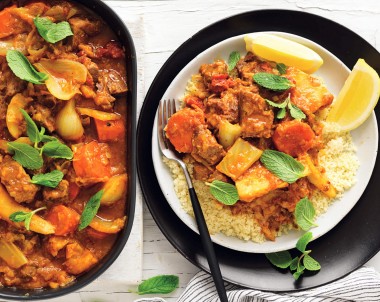 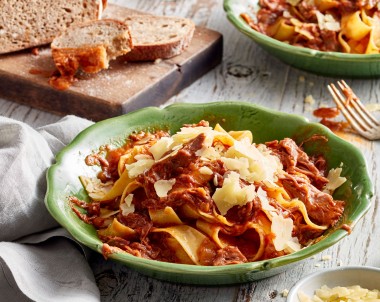 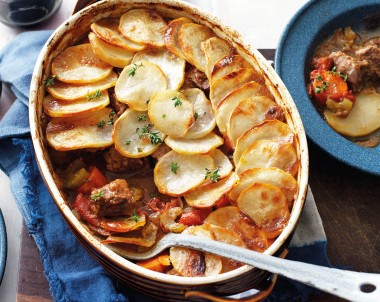 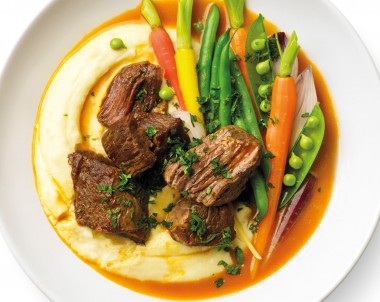 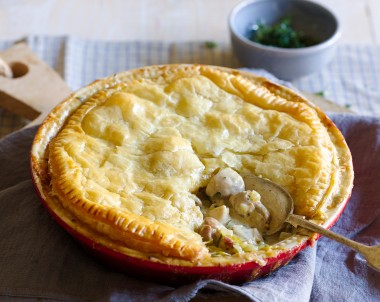 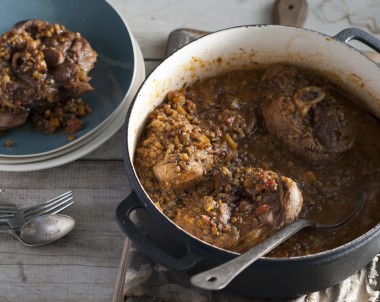 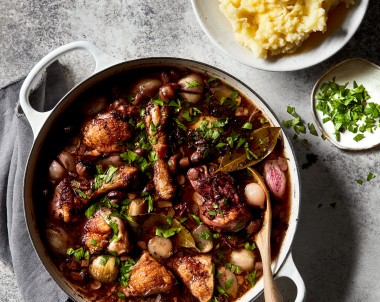 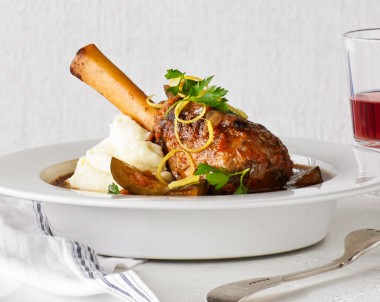 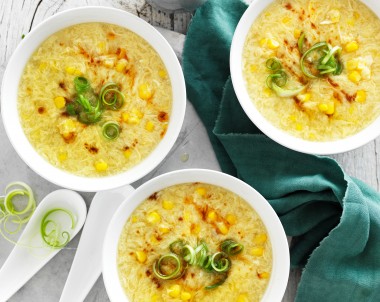 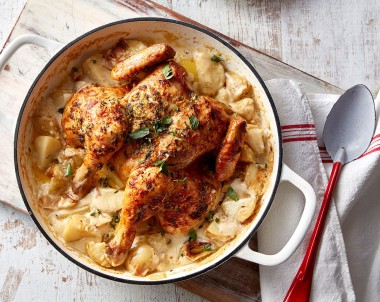 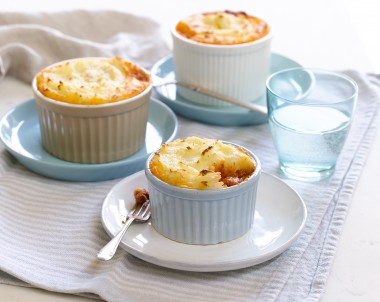 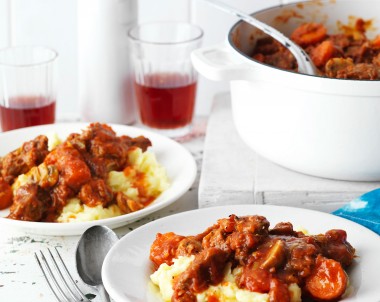 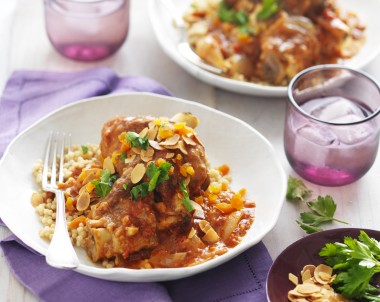 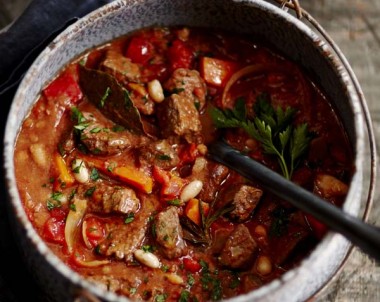 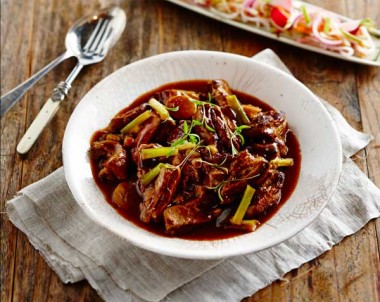