The different types of bacon

There’s not much that compares to a piece of perfectly crisp, fresh bacon. Piled up for breakfast, stacked in a BLT, stirred through pasta… bacon makes almost everything better.

Originally, bacon was made to preserve meat for sustenance during the winter months. Today, curing meats to preserve it for later isn’t necessary, but it’s so delicious that we continue to do so.

How is bacon made?

Traditionally, pork cuts were preserved in salt and ash to cure the meat, then eventually smoked and stored in cellars.

Nowadays, bacon is cured with a salt, sugar and nitrate mix. The nitrate gives it its pink colour. Other spices and flavouring may be added, including black pepper, maple syrup or paprika. Then it may be smoked or a liquid smoke applied to give it extra flavour.

There are different types of bacon, and these types depend on which cut of the pork the bacon comes from. Here’s a breakdown of the most common types of bacon you'll find in Australia.

The different cuts of bacon 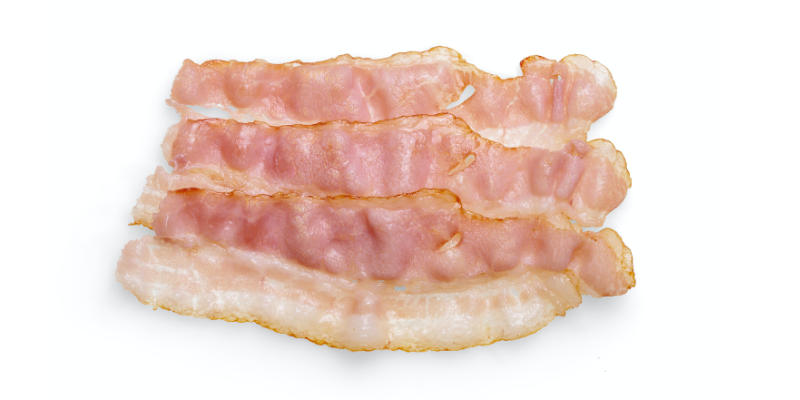 Also referred to as side bacon, this cut comes from the belly or side of the pig. This is the fattiest part of the pig, and streaky bacon is distinctively different from other cuts because of its ‘streaky’ layers of fat.

Because of its high fat-to-meat ratio, it is very tasty, easier to get crisp and it shrinks when cooked as the fat renders away.

Most bacon in America and Canada is streaky bacon, and it has become more readily available in Australia. 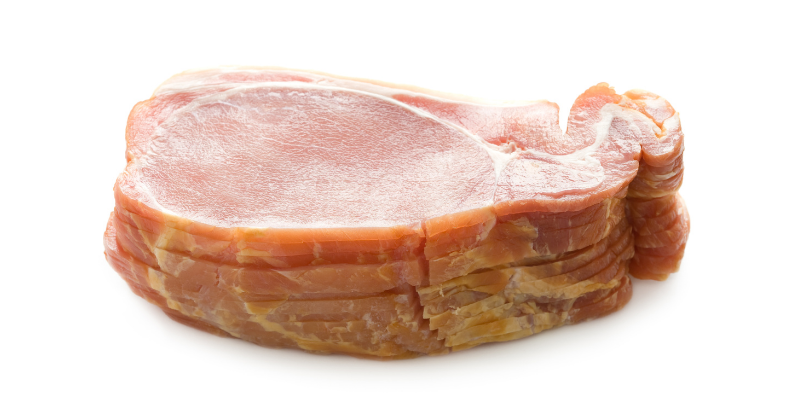 This type of bacon comes from the back of the pig. It’s a much leaner, round piece of bacon which usually doesn’t have a rind attached. It is the leanest type of bacon, with only a thin layer of fat which can be removed.

This type of cut is more popular with health conscious people who still want to enjoy the flavour of bacon. As there is much less fat content, it doesn’t shrink as much. 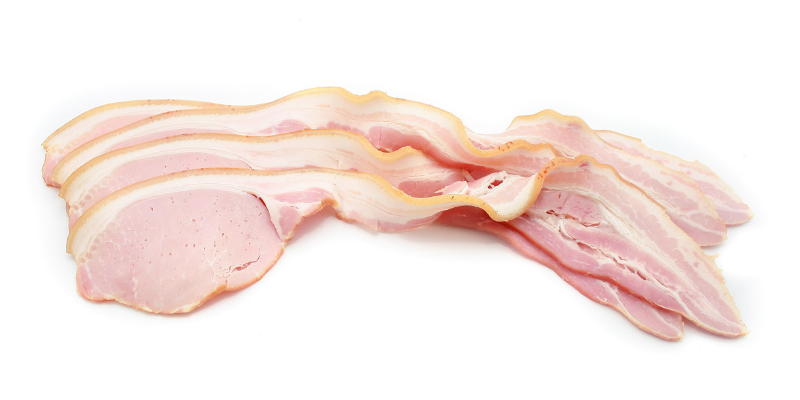 This is a combination of both the shortcut and streaky bacon. The large, lean ‘eye’ comes from the back of the pig, and the skinnier ‘tail’ is from the side or belly of the pig.

When preparing for a crowd, this cut of bacon is the best of both worlds, where those partial to streaky bacon can have their fill and those who prefer shortcut bacon don’t miss out.

Middle cut bacon can be purchased with or without rind.

There are many types of cured meats that are somewhat similar to bacon and that can be used as a substitute in a pinch. Here are some common types that you may see.

This cured meat is often considered the Italian version of bacon. It is made from salt-cured pork belly, but unlike bacon it’s not smoked. It can be eaten cooked or uncooked.

Pancetta is sold either rolled or in a slab. Rolled pancetta is usually used in sandwiches and paninis. Slab pancetta is perfect for chopping up and using in sauces and pasta like carbonara.

This is made from the leg of the pig, and it is cured for much longer than pancetta, up to three years. It's not smoked, usually shaved paper thin, and it's usually eaten uncooked.

However, in some recipes it can be crisped up like bacon and crumbled for a salty addition.

There are two types of speck available, the German or Italian. Most Australians are familiar with Italian speck which is more readily available in supermarkets and delis.

Italian speck looks a lot like bacon, but it’s made from pork leg instead of belly. It’s cured with salt and spices and lightly smoked and dried. Unlike bacon, speck can be eaten raw.

Perfect eaten thinly sliced with fresh bread and cheese as well as added to rice, salad and pasta dishes.

This substitute is great for those that don't eat pork or are looking for a healthier alternative. Turkey bacon is made from turkey meat that is chopped, reformed, cured and smoked to have a similar taste to bacon.

There are several types of plant-based bacon available on the market. Common ingredients include tofu, tempeh, coconut or eggplant.

Get the recipe: Bacon and Cheese Scrolls

Get the recipe: Avocado and Bacon Brekkie Pizza

Get the recipe: Egg, Bacon and Sprouts Tray Bake