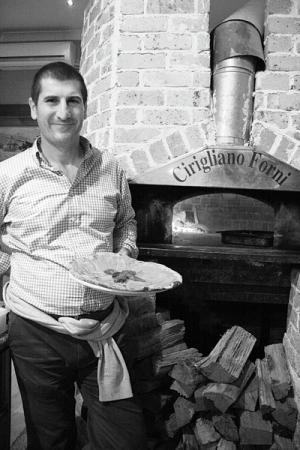 One of the secrets to La Disfida's pizza is its base and Zuzza's tight–lipped about how to make it. It was mastered in the kitchen with the business' original owners before he took the reins.

Zuzza first started working at one of the oldest Italian restaurants in Sydney, the Mixing Pot. Then 29 years later, he opened La Disfida, which has established a glowing reputation for its wood-fired pizzas and in 2013 a second restaurant Tappo Osteria in Pyrmont.

Breville have been working with some influential Australian Chefs, food bloggers and celebrities to inspire you to create restaurant quality dishes at home.